When Ashton Hill was a junior at Madison County High School, a simple question from one of his teachers directed him to a career path that’s bursting with potential.

“We were talking about what he planned on doing when he graduated and he said he wanted to be a game warden,” remembers Jake Slusher, Construction Teacher at Madison County’s Broad River College and Career Academy. “I said, ‘Have you thought about a career in construction?’ He said, ‘Not really, but I’d be interested in trying it out.’”

Not long after that, a representative visited the school from Stanfield Air Systems in nearby Athens. Ashton landed a summer internship, during which he earned three certifications, and he continued to work part-time during his senior year while taking classes from Slusher and Agricultural Mechanics Instructor Josh Daniel.

“I took the construction and ag classes and just grew to love doing things with my hands,” Ashton says. “And I really grew to love electrical. [Slusher] taught me some basic electrical and a lot of construction skills. Then, taking [Daniel’s] electrical class, we went more in-depth with wiring, and that helps in HVAC, because we do a lot of wiring on the job. It really helps by having these classes at school.”

Ashton was able to test his electrical skills in competition when Slusher and Daniel organized a special event, the MCHS Trades Fair and Skills Showcase, for their students in March 2021. During the Trades Fair segment of the event, he helped represent Stanfield Air by answering questions and sharing his experiences with fellow students.

“[Stanfield has] taught me a lot about HVAC,” Ashton says. “It’s a really good experience being out there.”

Work-Based Learning jobs such as Ashton’s enable students to get a head-start on a career while they’re still in school. Slusher, who was honored in 2020 with one of Construction Ready’s Construction Workforce Impact Awards, says Ashton has a bright future of him.

“He’s a really smart kid and a hard worker,” Slusher says. “As a sophomore, he worked for my father-in-law, who owns an insulation company. If a kid can survive the insulation business for a summer, then I know he can work anywhere. If he can crawl around in attics and crawl spaces, he’s a tough kid.” 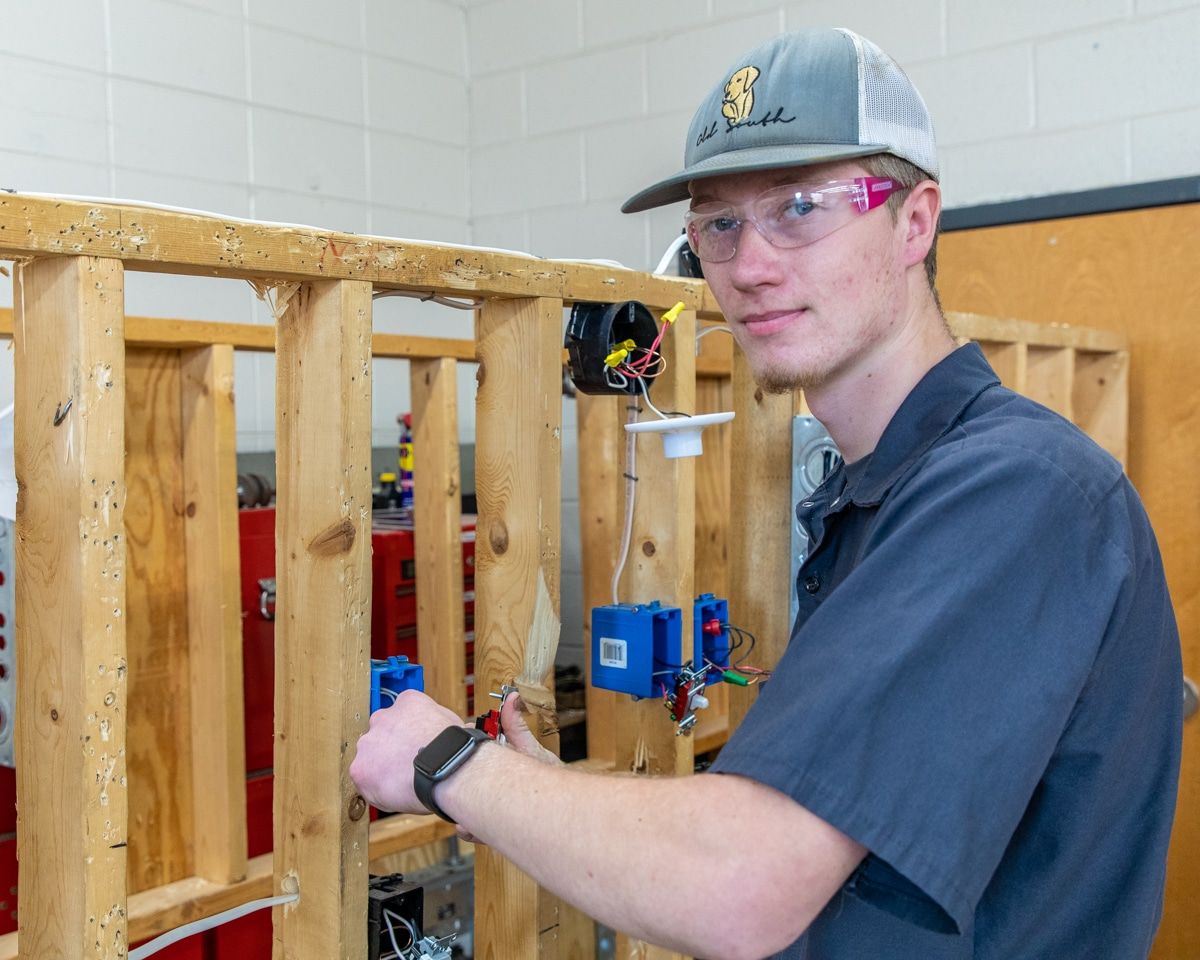