In Kim Harris’ experience, the “Ready” part of his Construction Ready training was borne out as soon as he began his first job.

After graduating from Construction Ready in Cobb County, Kim was hired by Schadsons Corporation. Faced with moving a nearly 20-ton piece of machinery, he immediately remembered the safety segment of his training.

“The first job they put me on, we were pulling these huge chillers off a roof,” Kim recalls. “I was the one rigging and pulling them down onto the back of a truck, so it was kind of intense. My boss had to leave me for a second, and I just remembered my instructor, Mr. [Raymond] Scott told me, ‘Don’t get underneath the load, don’t get in between the pinch zones, watch yourself and always make sure that you’re safe.’ I wouldn’t have known any of that if it weren’t for Construction Ready.”

Kim had moved to Atlanta in 2014 and was working for a moving company prior to enrolling in Construction Ready training. He learned about the program from a friend, Adrian Morgan.

“He showed me his credentials,” Kim recalls. “He said, ‘Man, call them; it will change your life,’ and I called that day and signed up.”

Kim initially enrolled with Build Cobb Group 20, but he had to withdraw halfway through the curriculum due to a court date for a child custody case. He got that sorted out, but had to start over with the next Construction Ready class, repeating the material he had learned previously before graduating in September 2019.

“Reading and really taking [the lessons] in, not just skimming through it – it really will help you succeed out on the job site,” Kim says. “If you apply yourself, it will change a whole lot of things. Most of my previous jobs had been hands-on and physical. I’ve used my body my whole life – I played sports and everything – and I wanted to start using my brain. This [new career] is helping me to think and problem-solve.

“I feel like as many credentials as you can put under your belt and the more knowledge you can get, the better,” he continues. “Knowledge is power, so I wanted to gain as much knowledge as I could, especially since it’s free.”

Kim also completed the advanced Construction Ready PLUS training, but after the 2020 Covid pandemic led to layoffs at Schadsons, he returned to his native New Jersey, where he works as a fabricator for Palmyra, NJ-based Philadelphia Sign Company.

As he has repeatedly demonstrated, he’s resilient and ready to take on whatever challenges that brings.

“When I was laid off, it stung a little,” Kim says. “But I knew with the experience I had gained, and the credentials to back me, it wouldn’t be forever. Construction Ready taught me that if I keep my head up and keep pushing, there’s no limit to what I can accomplish. It’s just all about how bad you want it and enduring the hardships along the road. It always gets better. I have never had a good outcome from just giving up.” 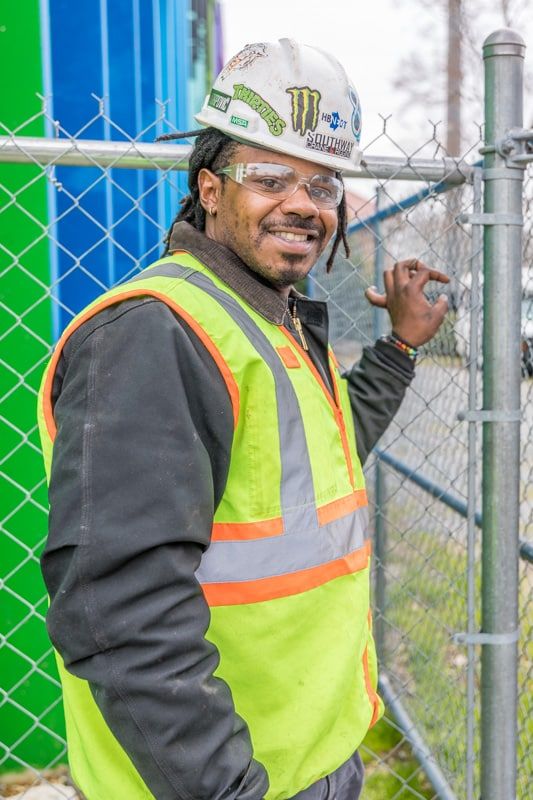