‘The Sky’s the Limit’ for Him

With a Newfound ‘Career, Not Just a Job,’ Dontavious Green Is Excited to Go to Work Every Day

Construction Ready’s basic training, Dontavious says, “was a jumpstart to a career – like putting battery cables on a battery and giving it that boost.” In Construction Ready PLUS, the advanced curriculum for graduates who have been employed for at least 90 days, “It’s like putting the car in drive and now you’re [moving forward] in your career.”

With the training he’s received from both programs, Dontavious certainly is well on the way to a fulfilling career in the industry. After learning about Construction Ready from a promo at his church in Austell, he enrolled at the program’s Westside Works location and graduated in August 2019. He landed with Bryson Constructors, a long-time participant in Construction Ready’s hiring fairs.

“When I asked [Construction Ready Student Success Manager] Veda White for recommendations from this class, the first name she said was Dontavious Greene,” recalls Bryson Constructors’ Bryson Barnes. “She didn’t even hesitate – she said Dontavious is who you need; it doesn’t matter what the project type is, whether you’re pouring concrete or doing interior finishes, this is the guy.”

The company assigned Dontavious to a traffic coordinator role on a pedestrian bridge project at Hartsfield-Jackson Atlanta International Airport. He made an immediate impression.

“That first week, I got a call from my foreman,” Barnes remembers. “He said, ‘Where did you get this guy from? He’s doing great!’ Dontavious’s skill set will be determined by how hard he works, which for him right now is very good. The sky’s the limit for him. I’m very excited about him.”

For his part, Dontavious cites a list of attributes that make his work environment appealing: “The enthusiasm, the energy, the vibe, the drive, the unity, the positivity. It’s not, ‘Oh, I gotta go to work.’ It’s more like, ‘I’m ready to go work.'”

Dontavious calls his colleagues in the field “a brotherhood.” He discovered a similar kinship among his Construction Ready classmates, many of whom, like him, had no prior construction experience.

“It was kind of iffy at first, but once you kind of sit down and start to understand, you become more familiar with everything,” he says. “You kind of build a bond with the people around you. The first week, everybody was still in their shell, but as we got going throughout the week and throughout the class process, we became a family.”

The bottom line, Dontavious says, is Construction Ready has made a transformational impact on him: “The program at Westside Works was the right opportunity for me. They didn’t discriminate against me for my looks or anything. It’s a wonderful opportunity, because they help you with a career, not just a job. I want to give a word of appreciation to the Arthur Blank Foundation [a Construction Ready lead partner] and Construction Ready for changing my life.” 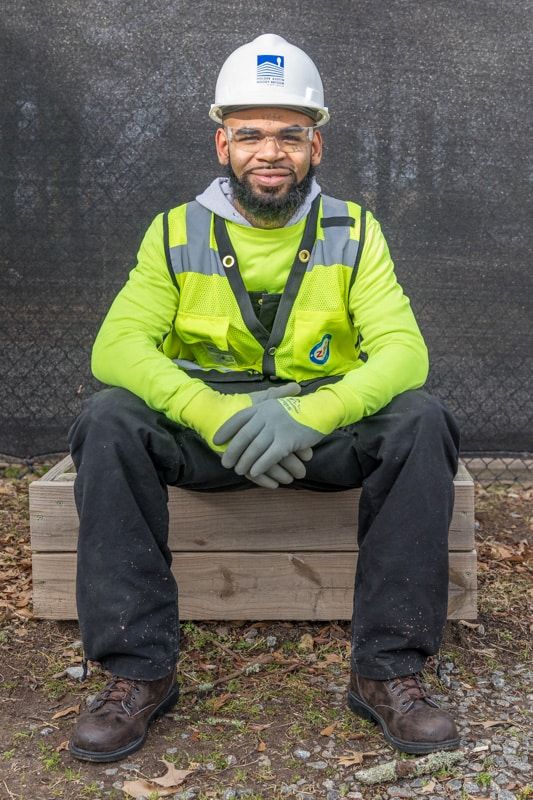