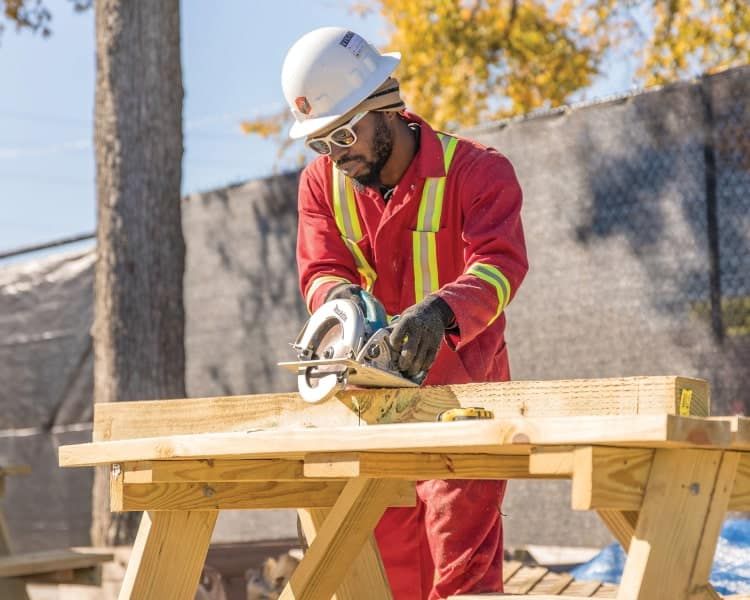 Why? Because right now, you’ve probably got people wondering why they should work for you when they can make the same money stocking shelves. With less training. In an air conditioned room.

That’s a problem. When potential workers see that the big box retail place pays the same wage as working for you, it’s going to be hard to recruit them.

But the starting wage shouldn’t be what you sell. The compelling thing is the “real” wage — the one workers will earn after they gain experience.

At Construction Ready, we train men and women from all walks of life to begin a career in construction. We place a big emphasis on the “career” part because we want our trainees and graduates to understand that this isn’t just another job. It’s a career path that can allow them to better their lives.

In spite of this reality, we’ve seen a number of construction employers and qualified applicants fail to connect because the applicant felt the pay was too low. The pay wasn’t actually too low, though. The problem was that the applicant wasn’t given the proper context for how much he or she would earn.

Often, construction companies are recruiting individuals who would otherwise work so-called “dead end” jobs. There’s little room for advancement in these jobs, and the pay doesn’t go up much, if at all, over time.

How does that work out in the wild? Well, instead of presenting a job description and stating a wage for that work, go out of your way to explain to applicants and recruits that the stated wage is just for their first job. They’ll likely advance to the next position quickly and start earning more. Then after that, they’ll continue to increase earnings as they acquire more skills that are in greater demand for different construction projects. All the while, they’re enjoying benefits that they might not get at those “other” jobs: health, dental, life, and disability insurance, for instance.

In other words, it’s up to you to be sure potential recruits understand that a first construction job is an investment in their future.

When you present that message clearly, it will help you recruit more workers. We know because we’ve seen it work time and time again.

In many cases, new construction workers won’t have to wait long to advance to more professional, highly paid roles.

Take Michael Hood, a Construction Ready graduate who is now a certified rigger with Skyline Forming, a commercial concrete company, after just five years on the job. It didn’t take long for Hood to develop the skills and abilities needed to take on high-responsibility construction roles and increase his earnings. A couple recent projects he helped complete were the Mercedes-Benz Stadium in Atlanta and high-rise student housing for Georgia State University.

If you’ve worked for a construction company long enough, you know that stories like Hood’s are not uncommon. They’re actually quite typical and represent a very realistic career trajectory. In the near future, Hood could move into a supervisory or managerial position, depending on what his long-term goals are.

Ask potential recruits if they would be in that position after 4 to 5 years working at an Amazon Warehouse.

Change how you talk to recruits

When discussing compensation with applicants and recruits, remember to emphasize the construction career path and how quickly new workers can start earning a high wage. The starting wage isn’t what you’re selling. Instead, focus on the investment of that first construction job.

New construction workers are entering a world of possibility with virtually limitless potential to acquire new skills and become more competitive on the job market. We should all work harder to make sure they understand that.